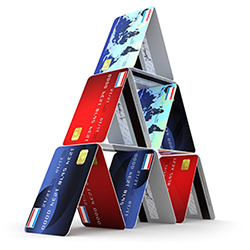 Coupling & Crosstalk is my column in the MEPTEC Report. This column appears in the Summer 2017 edition on pages 10-11.

Electronic coupling is the transfer of energy from one circuit or medium to another. Sometimes it is intentional and sometimes not (crosstalk). I hope that this column, by mixing technology and general observations, is thought provoking and “couples” with your thinking. Most of the time I will stick to technology but occasional crosstalk diversions may deliver a message closer to home.

Smoke and Mirrors? A Failure in Three Acts

Wow, that’s cool and I really want one! In fact it is a perfect solution to _______. Those are typically my first right-brain thoughts when watching a slick “use case” video on crowd-funded sites like Kickstarter.com. Then a few seconds later my logical left-brain reminds my creative right-brain whoa, not so fast. In the case of Plastc, I almost fell for it at $155!

I’ve accumulated a few too many credit cards over the years to pick up points and other perks. And Plastc certainly looked like a cool way to slim down my wallet to just one card. One card to rule them all! (Apologies to J.R.R. Tolkien.) After reading a “write-up” and watching their really cool video at the time of the public launch in late September 2014 I almost placed a “pre-order”. (Pre-orders in the crowd-funded world are the euphemism for thanks for funding us and we’ll be happy to ship you the product if we ever get it working.)

How did my left-brain stop me from joining the herd which reportedly funded Plastc to the tune of $13.3 million? Business Insider reports they raised $9 M in pre-orders and $4.3 M from venture capitalists (VCs). My left-brain said I should know better and not even be tempted since there were several red flags. It now appears that Plastc was flawed in three areas: marketing, technology, and management. Any one of these flaws can be fatal but the combination of all three creates the perfect storm that presents impossible odds of surviving.

As a marketer, I know that slick ads and product placements can drive demand, especially for a consumer product. And not just because there is a “sucker born every minute” as is misattributed to P.T. Barnum.  When you have the right mix of compelling story or use case along with something that magically solves a problem – or even better removes a pain point – you get customer interest. I was “almost sold” by their impressive advertising and promotion. However, marketing communications (aka marcom – ads, press releases, trade shows, etc.) is only a part of marketing.

I’m all for marketing driving product management and setting BHAGs (Big Hairy Audacious Goals) to drive innovation. Plastc required innovation simultaneously on two fronts – technology (see Flaw 2) and changing the consumer usage model – which is very difficult even for the most established (read: successful and well-funded) companies to manage. It is far better – especially for a startup – to successfully disrupt one area and then worry about the second later.

Once they had their technology functioning, Plastc would have had to convince customers to switch to their better mousetrap and to pay for this privilege. At the end of the day, was there a sufficient market to support these cards at a level which would achieve economies of scale? Clearly there was a market since they had approximately fifty-eight thousand pre-orders (totaling $9M, at $155 each). But this pales with the millions, if not billions, of credit cards issued in the United States alone. Needing to disrupt on the technology and usage model fronts at the same time raised the overall risk and greatly reduced the likelihood of Plastc being successful.

Beyond the required innovation, the shifting landscape of the market was the far larger concern not addressed by the marketing team. Earlier the very same month (September 2014) that Plastc announced, Apple introduced Apple Pay. This was in addition to Google’s on-going developments in their Wallet product family that were publicly shown multiple times staring in 2011. Knowing that these two giant disruptors were entering the payment market should have caused any seasoned marketing team to prod the executive team to immediately work on a business plan pivot.

One last glaring oversight was the market shift to implement Europay Mastercard Visa (EMV) “smart cards” which we have now as “chip and signature”. The shift to these new more secure cards was started in Europe (as “chip and pin”) but announced as early as 2011 in the US.  Implementation in the US of the EMV standard was accelerated after the Target data breach in 2013. The switch over in liability – the “carrot” being used to “encourage” retailers to implement EMV readers – was set as October 2015. This date was no secret and was known several years in advance. Yes, Plastc gets credit for claiming that their product would include EMV support but this would create additional technology challenges discussed below. It is amazing that a competitor (Swyp) brazenly launched later in January 2015 with magnetic strip only – i.e. without EMV – joining the overflowing field of those attempting universal credit cards.

Here at Feldman Engineering we often get involved in “Technical Marketing”, a deep understanding of the relevant technology versus the customers’ needs. When the fundamental technology is not well understood, it is too easy to oversell what the technology can do in terms of product specifications or product roadmap. We dislike having to occasionally ask “what law of physics are you going to suspend” when reviewing what has been over-promised by over-eager product managers or marketers who don’t understand the limitations of their own technology. What is worse is when other team members – who have the science and engineering background to know better – start believing their own company’s marketing sales pitch.

The technical challenge of system integration that the Plastc universal credit card proposed was substantial: electromagnetic rewriteable “magnetic” stripe; high-resolution e-ink display; Near Field Communication (NFC) and/or Bluetooth connectivity –  and a microprocessor. And don’t forget sufficient battery power in a credit card size that was rugged enough to survive daily use and abuse. This level of engineering and integration is not the typical design (mostly aesthetic style / fashion) and supply chain exercise of many successful crowd funded goods like clothing and suitcases. The non-recurring engineering costs of custom integrated circuits (ASICs or FPGAs), if required, could easily have been 5- to 10-times what they “raised”.

Added to this integration challenge was how to support the required EMV functionality. On credit cards today, EMV is implemented with a secure microcontroller (MCU) whose input-output terminals are the gold pads you see you on the face of your credit card. These MCUs are standardized for a small handful of suppliers and are designed to do one thing very securely. The Plastc engineering team would have needed to figure out how to build a EMV MCU with “multiple personality disorder” to switch between your twenty-five different credit cards. And anyone thinking that the banks would consider sharing the encryption keys that prevent your credit card from being “cloned” should think again. At the end of the day, there is little difference between you cloning your credit card to Plastc, Swyp, Coin, Stratos, etc. and a criminal counterfeiting your card.

I am not yet ready to jump on the bandwagon to label Plastc as a scam or pyramid scheme which would result from dishonest management. However, additional details may come to light especially if a class action lawsuit proceeds.

Management would be clearly at fault if there was only a Marcom team and not a marketing team to drive product management. Perhaps they were as confused as others are to the difference? (See Flaw 1.) However, assuming there was a real marketing team, having failures in both Marketing and technology (Engineering) is clearly a management failure. The management team needs to be smart enough and strong enough to know when either or both functions are not up to the challenge. Yes, Engineering and Marketing may disagree but neither should be bullied to agreeing to do the impossible. Difficult and challenging yes, impossible no. Functioning and responsible management needs to step in and moderate as required.

It has been reported that there were VCs who did fund Plastc. “Surprisingly” it is difficult to find those VCs investments listed now that Plastc failed to close a Series A funding round and has filed for Chapter 7 (liquidation) bankruptcy. Assuming there was VC participation, with typical representation on the company board of directors, this would be an additional layer of management failure. The VCs should have been smart enough to hire marketing professionals and technology consultants to perform due diligence and provide guidance to the startup. Of course, the VCs’ right-brains may have also been taken in by the hyperbole and glitzy Marcom and successfully overruled their left-brains.

There were two additional “yellow flags” – cautionary items for crowd funding of future technology: be aware of “press release journalism” and non-community based fund raising platforms. Looking back at all the glowing news – from reputable “news” outlets – it was clear that they were mostly retelling the information provided by Plastc and not reporting on their actual usage of prototypes or products. Yes, the product appeared to have great potential on paper. Lastly, Plastc did their pre-orders direct and not through a platform or community such as Kickstarter. Although Kickstarter does not guarantee delivery or quality of items that are funded, they do attempt to manage risk on the basis of team reputations and by providing additional transparency.

It is true that the risk to the individuals (read “amateurs” who could not fully evaluate the product) who “pre-ordered” was not great. That is the beauty of crowd funding. However, the buyer still needs to beware since there is often little to no recourse to obtain a refund. And in this story, the professionals failed. If there was a marketing team they were not capable or able to do their job. Engineering did not speak up at the right time or in a meaningful way. And, clearly, management did not lead.

As always, I look forward to hearing your comments directly. Please contact me to discuss your thoughts or if I can be of any assistance.

My musings and thoughts on high technology, business development, product management and life in general...

RSS links for my blog

Unauthorized use and/or duplication of this material without express and written permission is strictly prohibited. Excerpts and links may be used, provided that full and clear credit is given to Ira Feldman and this blog with appropriate and specific direction to the original content.